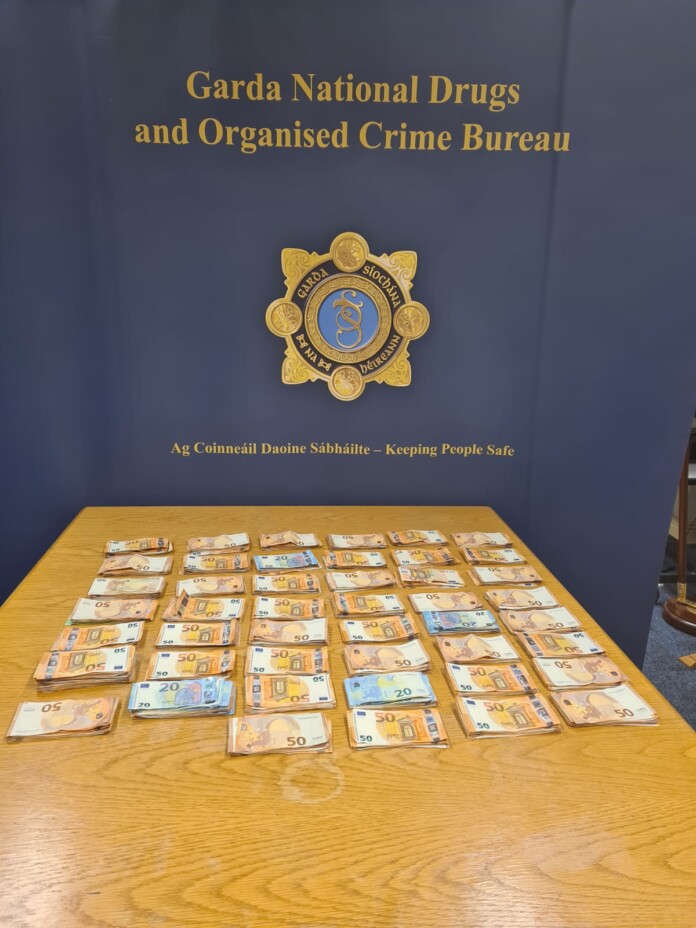 Gardaí seize €50,000 and arrest two on suspicion of money laundering

In a statement, a Garda spokesperson said: “In the course of an intelligence led investigation targeting serious and organised crime, officers attached to the Garda National Drugs & Organised Crime Bureau (GNDOCB), supported by the Special Crime Task Force, intercepted a vehicle travelling on the N4 motorway at Lucan, Co. Dublin.

“Following a search of the vehicle, cash totalling approximately €50,000 was recovered and one male, aged 25 and one female aged 33 were arrested on suspicion of involvement in an offence of Money Laundering, contrary to the provisions of section 7 of the Criminal Justice (Money Laundering & Terrorist Financing) Act, 2010.

“Both suspects were detained pursuant to the provisions of section 4 of the Criminal Justice Act 1984 at Lucan Garda station.”

The male was subsequently charged with the offence of money laundering and will appear before Blanchardstown District Court this morning.

The female was released without charge with a file being prepared for the Director of Public Prosecutions.