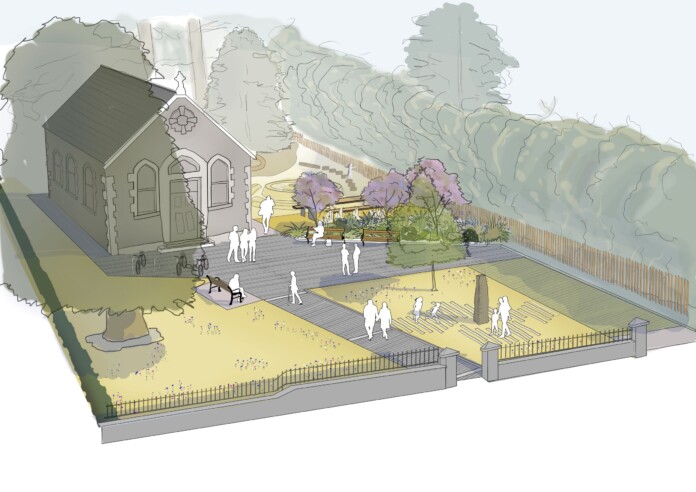 A new public play space for the Garristown Library that was proposed by Fingal County Council has entered the formal planning process, the local authority has announced.

The proposed play and amenity space, to the east and south of the library, will provide a range of play opportunities for the children of Garristown within a natural woodland setting with seating provided for parents and carers.

Provision will also be made for passive recreation, picnics, and outdoor classroom activities.

The council says that “a key consideration of the project has been the visual relationship between the Church of the Assumption and the Libary.”

A spokesperson for Fingal County Council said that the proposal will “improve” and enhance the entrance of the library “while respecting and complimenting the local site context.

Plans for the public space include a granite paved entrance plaza, a picnic and sculptured lawn, and a woodland themed play garden.

“Stakeholder and public engagement are central to the project,” says the council.

“In developing the proposals consultation meetings were held with Garristown community representatives during which preliminary proposals for the Public Play Space were presented.

“Following the consultation meetings, the feedback and comments received have been considered and are reflected in the current proposal.”

Plans for the space can be found here: https://consult.fingal.ie/en/consultation/part-8-public-play-space-project-garristown-library-main-street-garristown-village-garristown-co