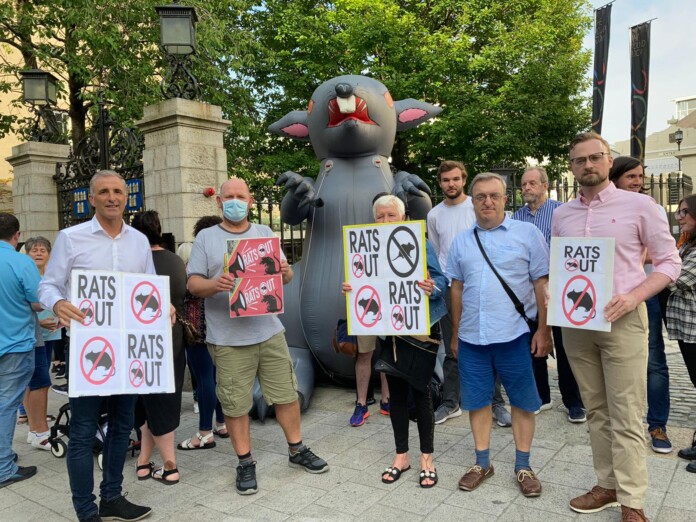 The South East Inner City councillor also said he welcomed the housing manager’s commitment to reporting back to Council with further proposals.

“I welcome the Deputy Chief Executive’s commitment to report to the City Council on these proposals.

“The chronic rat infestations in Council flat complexes is a denial of tenants’ fundamental rights to dignity. It is not free housing and a private landlord would be held to higher standards.

“This is neglect – poor waste management, very old buildings, and more – but also a lack of capacity in the Council to handle pest infestations itself. New complexes as well as old have been affected by these problems.

“Tonight’s protest by residents at the Mansion House and our highlighting of the problem at the City Council has brought this campaign to a new level and we will keep up the pressure.”