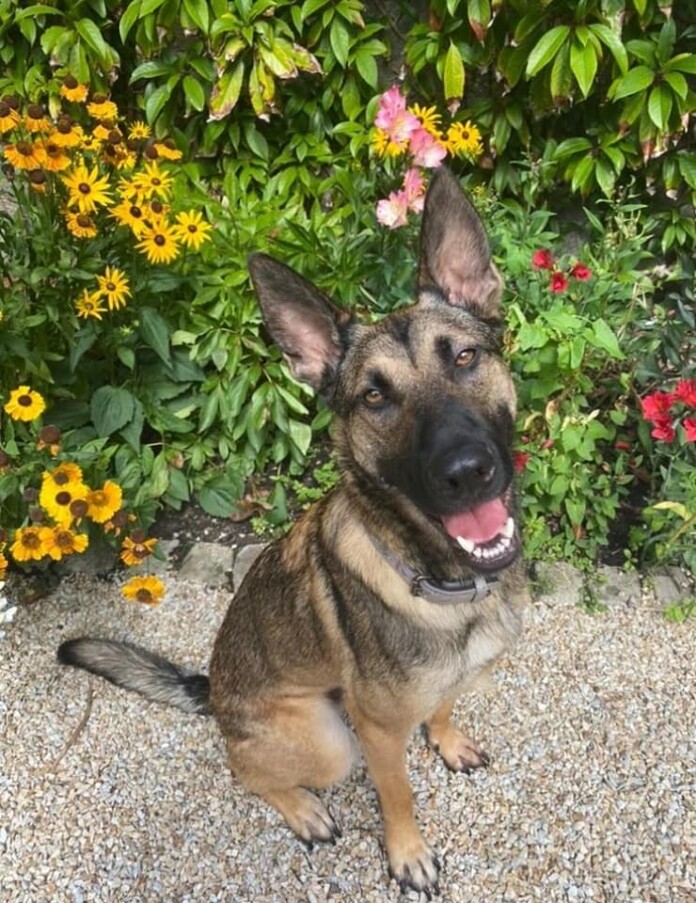 Dogs Aid: 34 years on, the Finglas shelter is still providing a loving home

Vievenne Sheridan has been volunteering at the shelter for about six years now, but compared to some of her colleagues she is a relative newcomer.

“There would some volunteers that have been here 20-odd years,” she says.

“And then there’s Maggie Howard, one of the original founders.

“She’s dedicated half of her life to Dogs Aid.”

Dogs Aid Animal Shelter was established in 1987 by Howard and two other women in Ballymun who would rescue and shelter abandoned dogs in their own homes.

Since then, the charity has moved to a site at Meakstown in Finglas and currently houses around 70 dogs – some that will be rehomed and others that will see out the rest of their days at the shelter.

“We have a non-destructive policy which means we will never put a dog down.

“We have about 20 or 25 forever dogs here, which means they can’t be adopted.

“They might be too old or sick or might have a bite history so we couldn’t put them up for adoption and we would take care of them until they die,” says Sheridan.

According to Sheridan, there are about 20 core volunteers who each work a couple days of week at the shelter and another 20 that help-out occasionally.

Typically, there would be four people running the sanctuary on a daily basis but ideally it needs seven.

“There are some days that I would be the only person up there – and of course, Maggie.

“She is one-a-kind,” says Sheridan. “I don’t think we’ll ever see someone like her again.

“She doesn’t care about getting credit or attention for her work, she just does it because she thinks it’s the right to do.”

However, after 34 years of service to Dublin’s abandoned dogs, Dogs Aid is in dire need of a refurbishment.

“I joke that if the cable ties break the whole place will fall apart.”

Dogs Aid got planning permission four years ago to develop a purpose-built animal sanctuary on its site but due to a lack of funding and the onset of the Covid-19 pandemic, progress has been slow.

“It’s going to be a fairly big project,” Sheridan says.

“We need to raise the land to help prevent flooding, to install a percolation system, erect fencing, and construct new kennels.

“We also need new lighting and a pedestrian walkway,” she says.

Sheridan says that Dogs Aid is ran 100% voluntarily and relies on public donations and bequests from people’s wills to continue operating.

“We only get the dregs from the Government and we haven’t got any help from the council yet, but we are hopeful that might change soon.”

To help fund the necessary works, the shelter has set up a GoFundMe campaign, asking people to donate to the cause.

“I set the target to €10,000 [which at the time of writing has already been exceeded}, but realistically the overall costs of the development will be in the hundreds of thousands so we’re just hoping to get as much as we can,” she says.

Due to the Covid-19 pandemic, the shelter has gone through waves of adoptions and rescues, currently hitting a spike in taking in unwanted or abandoned pets.

“During lockdown we were constantly getting calls from people asking to adopt a dog,” says Sheridan.

“We would get a dog in on Tuesday and it would be gone on Wednesday.

“But now, those calls have stopped and instead we are taking in more and more dogs.

“We’re getting to stage that we might not be able to accept any more animals due to our space restraints,” she says.

“I’m hoping that the work will take about one year to 18 months to complete.

“We can’t lay down cement during the winter so that might delay things a little bit.

“But from what I’ve learned over the past six years is that there is a really big need for this sanctuary, I hope that it can continue into the future.”