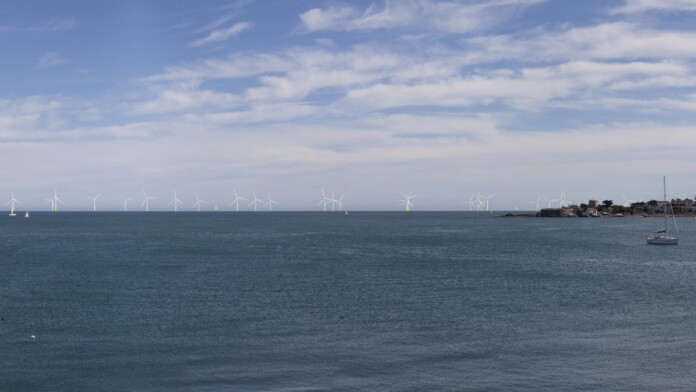 The planned 61-turbine wind farm earmarked for just outside Dublin Bay, has been called a “free-for-all” and “developers running amuck,” by a Dun Laoghaire TD.

People Before Profit representative Richard Boyd Barrett says that the €1.5bn project, called Dublin Array, will damage marine life and biodiversity if proper studies and legislation are not introduced and adhered to.

The wind farm, which will consist of 300-metre-high turbines and will stretch from Booterstown to Bray, is being progressed by Germany energy company RWE and Irish firm Saorgus.

It is also expected that the farm will supply enough energy for 600,000 homes but may not solely cater for the Irish grid.

“I am very much in favour of developing renewable energy,” says Deputy Boyd Barrett.

Between the years 2000 and 2008, the Irish Government awarded licenses to companies who wished to explore the Irish Sea on the premise of developing wind farms.

However, Deputy Boyd Barrett says that these licenses were awarded before proper legislation and protection of the Irish Sea were introduced.

“A lot of the big windfarms that are planned, were awarded licenses in advance of any proper legislation or planning in the marine environment or in advance of the designation of marine protected environments,” he says.

A public consultation on the marine protection and offshore windfarms concluded late last week but Deputy Boyd Barrett says that the consultation will mean little due to the legacy licenses already being awarded.

One of the sites where the wind farms will be located is Kish Bank, a sand bank located between six and 10 kilometres off the coast off Dun Laoghaire.

“It’s worth saying, that if you take a place like the Kish Bank, in the Netherlands where they have a lot of offshore wind, there are no offshore wind turbines allowed closer than about 20km.

“That’s the average – or further – in most countries in the European Union.

“But we’ve already issued licenses much closer in very, very sensitive sites like the Kish Bank.”

Traditionally, it was cheaper for developers and energy companies to erect wind farms in shallower water, closer to the shore.

However, Deputy Boyd Barrett says that many countries now favour constructing turbines further from the coast.

“It made money for developers to build on flood plains, and it was a disaster – and the idea that they grab convenient sites where it’s cheap, doesn’t necessarily lead to good development.

“We’re not just facing a climate crisis, we’re facing a biodiversity crisis and a very important part of maintaining biodiversity is the marine environment.

“The technology has well advanced that we can have wind turbines further offshore without it costing a lot extra, and that is the norm in European countries as it is best practice as to not impact onshore, on biodiversity, on amenities, on protected areas and so on.

A new agency, the Maritime Area Regulatory Authority (MARA), has been established to regulate offshore wind developments and new legislation will give a “major overhaul” to regulations in the area.

However, the new legislation is due to be debated in the Dail in the autumn but any change in the laws or introduction of protection measures may not affect licenses already awarded.

“The Government have said that all of the licenses that have been awarded to these companies, they will be exempted from a lot of these new regulations – they will be deemed legacy licenses that will not be subject to strategic environmental impact assessment, so it is exactly closing the door after the door has bolted.”