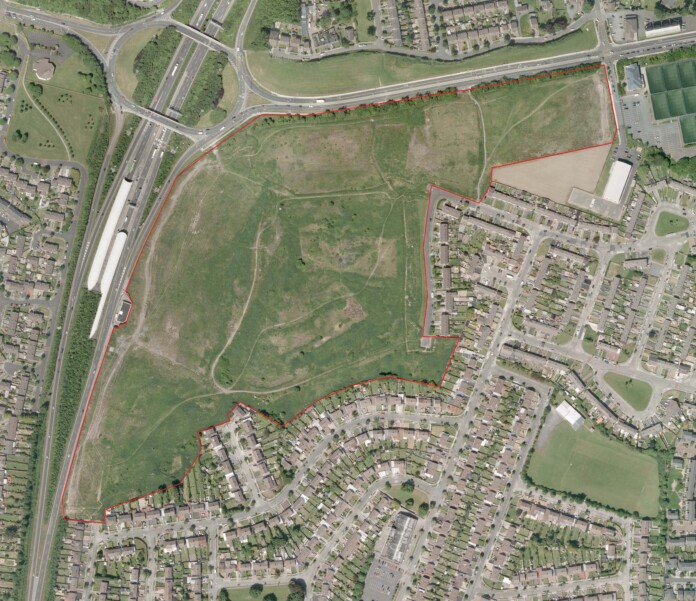 A group of Fianna Fail councillors have met with Housing Minister Darragh O’Brien to discuss the Oscar Traynor Road development.

Dublin City Council and local representatives have written to Minister O’Brien requesting a meeting after the local authority voted to retain the entire development as social and affordable housing.

The council previously voted to reject plans that would see some of the land be transferred to a private property development firm.

Commenting following the meeting Minister O’Brien said: “I absolutely understand how frustrating it is for people to see a site like Oscar Traynor Road sit idle for so long.

“We are in the middle of a housing crisis and ramping up the supply of homes is an immediate priority.

“We are making changes to our Serviced Sites Fund (SSF) from September which will see the Government subvention towards the all-in development cost of affordable housing increase in certain instances to €100,000.

“This will ultimately result in the provision of homes, at a discounted rate, in areas where it has been identified that an affordability challenge exists.

“Oscar Traynor Road is one such site which could benefit from the enhanced SSF.”

Minister O’Brien said that it is imperative that the Oscar Traynor site does not lie vacant for an extended period of time.

“I have been clear that I do not want to see a situation whereby the Oscar Traynor site remains idle for the next few years,” he said.

“We have to use every single tool in our armoury to activate sites and our upcoming Housing for All plan will outline a number of measures we will deploy to do just that.”

Group Leader Councillor Deirdre Heney said: “We met today to discuss the opportunity that exists at Oscar Traynor Road to deliver large scale affordable, social and cost rental homes. That is what we are committed to doing.

“The Fianna Fáil group on Dublin City Council has been working, and will continue to work with Minister O’Brien to bring about the delivery of much needed housing on the Oscar Traynor Road site.

“The provision of housing for all our people is the single biggest challenge facing Government at the moment. The Fianna Fáil group on Dublin City Council stand ready to help the Government and the Minister to deliver,” she said.