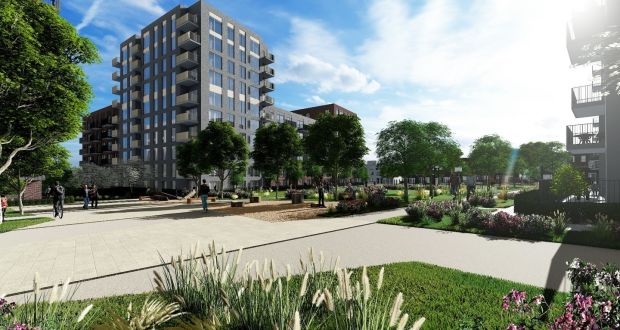 The proposed increase in the height and density of the O’Devaney Gardens development has been met with concern by local residents, say councillors.

This is an increase from the original plans submitted to councillors which proposed the construction of 847 units.

The development has also caused controversy among local representatives with original plans seeing 50% of the land be given as social/affordable homes while 50% would be sold on the private market.

This has since been amended with only 20% of the units now being sold privately while an additional 30% will be sold to the council for cost rental homes.

The other 50% will remain as social and affordable units.

At a recent Central Area Committee meeting, Independent councillor Anthony Flynn said Bartra’s proposed plan to increase the density and height of the project was “totally at odds” with what councillors had agreed to and that they had been “sold a sour fish.”

Flynn said that new proposal would create a “concrete jungle” and block out sunlight from the local residents.

Labour councillor Joe Costello said that the new proposed height of the development has been met with “huge amounts of criticism” by local residents and say that it is “unacceptable” as the surrounding area is “extremely low rise.”

Councillors also said they were also concerned about the lack of car parking spaces for the 1,047 units.

Under Bartra’s new proposal, there would only be 276 spaces, which could cause a spill over of vehicles onto nearby streets.

Council planner Colm Harte, who gave the presentation on the developer’s plan, said the city council had queried the amount of parking spaces and said it was looking at the concerns over the lack daylight.

Concerns were also raised about the housing mix, with some councillors saying that the absence of four-bed units was not ideal.

One-bed units would make up 30% of the stock, with two-bed units making up 50%, three-bed units 16% and no four bed apartments.

Harte said that the maximum amount of one beds allowed for such a development was 50% of the overall stock, which this was significantly below.

The meeting heard that the date for submissions closes on June 26 while An Bord Pleanála is due to make a decision in September on the Strategic Housing Development application.