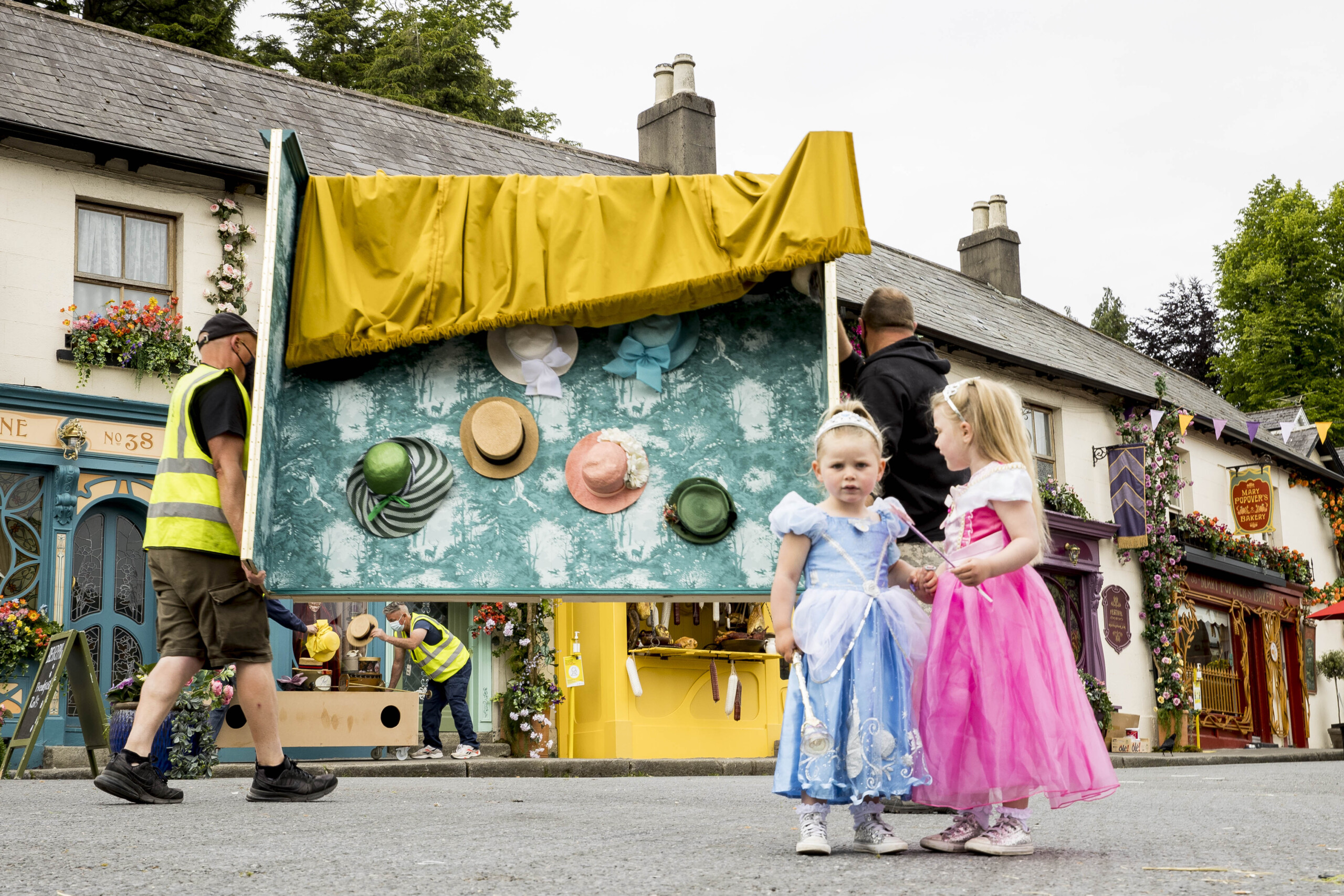 The Disenchanted movie set in Enniskerry is now open to the public as production teams take a break until July.

Filming began on June 14 and came to a temporary end on June 18, with actors and film crews returning on July 21. 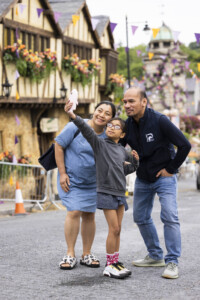 The Wicklow town underwent a blockbuster makeover which took weeks as buildings were transformed, town halls were built, and innumerable fake flowers took over to create the perfect fairytale set.

Local business reopened after a week of filming and are expecting huge crowds to visit the set as it remains in place for the next few weeks. 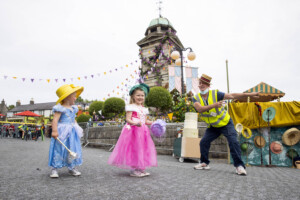 The Disney sequel comes 14 years after the first film Enchanted was released, which starred Amy Adams as Giselle, a young woman set to marry Prince Edward, who finds herself trapped in the real world. 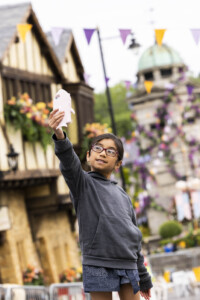 Marseille Gillamac (8) from Naas pictured visiting the set of Disenchanted in Enniskerry Village. 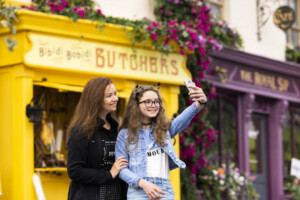 Movie fans from all over Ireland have been travelling to Enniskerry in the hopes of seeing some of the film’s stars, but they’ll have to wait a little while for another chance of spotting them as filming doesn’t resume until July. 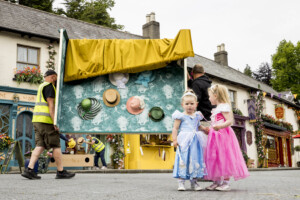 Prop me Up’ Pictured on the set of Disney’s Disenchanted in Enniskerry Co Wicklow is Grace Kavanagh (2) and her sister Lauren (5) from Kiliney while the film props department pack up as local business reopen following a week of filming in the Co Wicklow village. Picture Andres Poveda