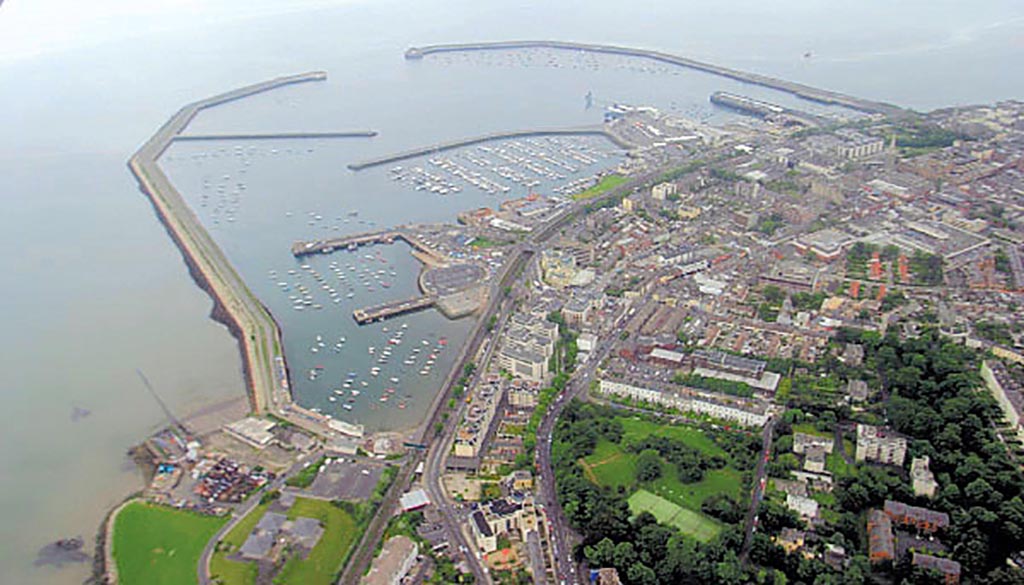 Push back against council plans to pedestrianise Dun Laoghaire

The pedestrianisation trial will be run between July 5 and September 30 with a public consultation portal being open until June 5.

According to local Independent councillor Hugh Lewis, the “council plans to pedestrianise approximately 220 metres of George’s Street Lower, from the Marine Road junction to Convent Lane, parts of Convent Road and Sussex Street.

“Whilst providing an interim outdoor space at Myrtle Square on Convent Lane, where buildings have recently been demolished.”

DLRCoCo management said in a statement that the “purpose of the pedestrianisation of the streets in question in Dún Laoghaire is to create a more accessible, attractive and vibrant environment for people to visit and spend time in and to support businesses as they re-open and try and get re-established, as public health restrictions ease.

“It is proposed that businesses would be able to trade outdoors on the pedestrianised areas of street, including outdoor dining for cafes, restaurants and pubs, but this would also provide other retailers in the town with additional public space to help them trade.”

The council says that the scheme will “provide a more people-friendly environment and it is envisaged that the space will be managed.

“Additional age-friendly seating is proposed, along with an area of natural play at Myrtle Square.

“A set of temporary public toilets would also be provided near Myrtle Square.”

The council says that over the coming weeks, there will be engagement with residents, businesses, and community groups.

Lewis says that Dun Laoghaire-Rathdown County Councillors were not consulted before the pedestrianisation plans were published but says that he supports the scheme.

“I support a trial taking place and evaluating its effect on Dún Laoghaire Town, however there are genuine concerns that need to be immediately addressed by the council.

“One of which is the proposed rerouting of bus services away from St. Michaels Hospital and the impact this will have on the mobility of our senior citizens and wheelchair users that need access to the hospital.

“This issue needs to be fully resolved before commencing the scheme.”

Local business owner and resident Breasal Ó Caollaí says that a previous attempt to pedestrianise the town was not successful.

“They did this previously, 10 years ago, and eventually had to agree to lift the ban,” he says.

Ó Caollaí says that at the time, shoppers on the street had to walk “relatively long distances to get a bus home (carrying their purchases) mainly through Marine Road, which is usually quiet cold – even in summertime – as it fronts onto the sea.

“Motorists voted with their wheels and drove to shopping area where they were welcomed- often with free parking.

“As a result, business in Dun Laoghaire was very badly damaged.”

“This time the county council officials have offered public consultation which is in sharp contrast with their banning of vehicles on “a trial basis” from the seafront at the beginning of the current lockdowns.

“That “trial period” is now up but the ban has not been lifted.

“The proposed ban on the main street is also in the name of a trial period.

“As a result of the seafront ban “long tail backs” is now commonplace in the streets throughout the town and on the Tivoli (town by-pass) Road.

“Any further street closures will add to this problem especially as traffic increases as the national emergency ends.”

To help implement the proposal, an “extensive” traffic light management plan will be put in place with the affected roads being open to delivery and service up to 11am every morning.

More information on the proposal can be found on Dun Laoghaire-Rathdown County Council’s website.