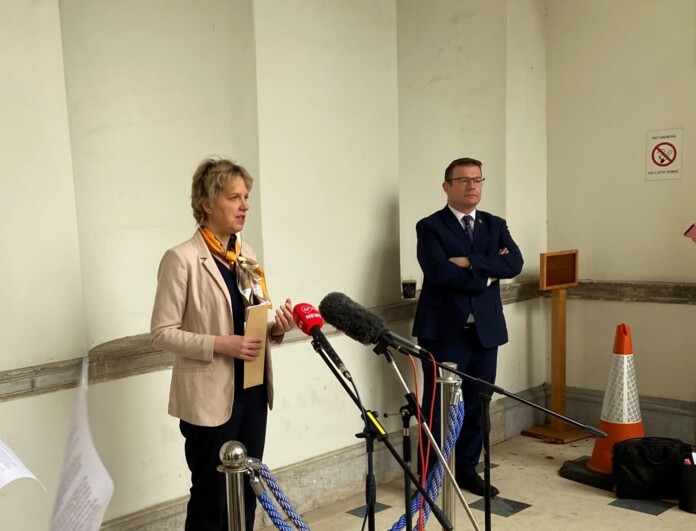 ‘Wholly inappropriate’ for church to have say in new hospital, says Bacik

Labour Senator and Dublin Bay South by-election candidate Ivana Bacik has urged Government to reconsider its position on the new National Maternity Hospital, saying that the Catholic church should have no influence on it management.

“Unless this hospital is built on State-owned land, concerns remain that a Catholic religious ethos will hold some influence over the healthcare that the hospital will offer to women,” she said.

“The new maternity hospital should have a secular charter, unfettered by any religious doctrine.

“I remain concerned the governance arrangements currently proposed will still allow for the influence of Catholic ethos on the type of care provided to patients.

“Labour has been staunchly opposed to the involvement of a religious order in the running of the new National Maternity Hospital since news of the proposal first emerged, and we have long argued that a hospital built and paid for by the State must remain in public ownership.

“Last week, my colleague, Labour leader and health spokesperson Alan Kelly TD, raised this matter in the Dáil, citing experts like Dr Peter Boylan who have consistently raised concern about the proposed governance arrangements for the new hospital.

“It is wholly inappropriate that the Catholic Church would retain any influence over decisions relating to women and our healthcare.

“We need to ensure that Ireland is a truly secular and pluralist society, a true republic in which the church and State are separated.

“As we mark the third anniversary of the passage of the repeal referendum, I am calling on Government to think critically about the decisions being made on governance of the new National Maternity Hospital and to review the proposed arrangements to ensure women have full access to all reproductive healthcare options.”