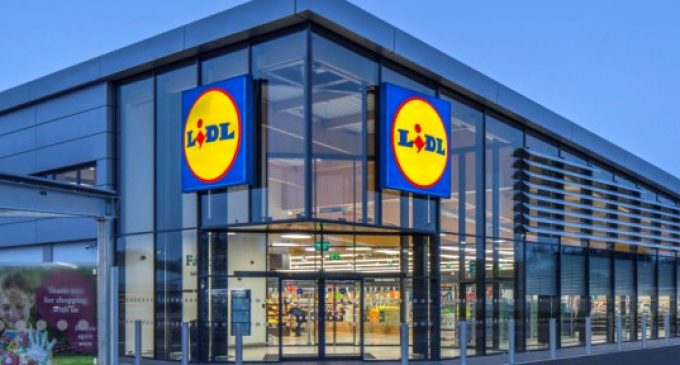 Lidl Ireland have announced today that final planning permission has been granted by An Bord Pleanála for a new Lidl store on Talbot Street – one of three new stores that the retailer plans to open in the Dublin City region over the next three years, collectively valued at €30 million.

Lidl Ireland say the sizeable investment plan reflects the companies commitment ‘to support Dublin city centre residents with the provision of nutritious and high-quality foods at market leading value, helping to make the city a more viable and sustainable place to live.’

They also say the new state-of-the-art Talbot Street store will directly create 35 new permanent jobs with the retailer while supporting up to 100 jobs in the locality during the development and construction phases.

Bringing an investment of €5.5 million to the Dublin city region, the development will see the conversion of the largely vacant Talbot Mall owned by Irish Life, into a modern 1,200sqm Lidl store.

In line with Dublin City Council’s objectives of revitalising older retail centres through the rejuvenation of existing shopping centres, Lidl Ireland plans to refurbish the old shopping arcade while preserving features of the original façade in tribute to the heritage of the local area and its community.

The Talbot Street development is the most recent in a portfolio of significant investments Lidl Ireland has made in the Dublin city region since the opening of its first Dublin city store on Moore Street in 2004.

To date, the retailer has invested a total of €60 million in the Dublin city region, with a current operation of 8 stores providing the best quality products at the best possible prices, and in doing so, ensuring those residing in Dublin’s city centre are adequately supported.

Within the last 7 months, Lidl Ireland opened its new Aungier Street store with an investment of more than €3 million, which saw the preservation of several significant archaeological remains in the shop floor and facade, celebrating the local history of Dublin city and its people.

The retailer’s Cork Street store is also currently undergoing an upgrade with a €3.5 million investment in the locality. The modernised store is expected to re-open for business this June, following recent updates on Government restrictions.

“We are very pleased with An Bord Pleanála’s decision to grant planning permission for a new state-of-the-art Lidl store on Talbot Street and to announce our €30 million investment plan for Dublin City Centre this morning”, commented Lidl Property Executive, Vincent Cronolly.

“We have been heavily investing in Dublin city since we opened our Moore Street store in 2004, and this announcement further reflects our commitment to support city centre residents with the provision of high-quality foods at market leading value, helping to make the city a more viable and sustainable place to live.”

An appreciable supporter of the local Dublin city economy and Irish economy as a whole, Lidl Ireland sources €571 million worth of goods from its more than 260 Irish suppliers, with 18.5% of that being exported to thousands of Lidl’s stores throughout Europe, helping to expose local businesses to new markets and support growth within Ireland’s important agri-food sector.

Following the announcement of more than 1,200 new jobs earlier this year, the ‘Top Employer 2021’ certified retailer currently employs more than 5,000 people across its operations in Ireland, including its network of 168 stores, Dublin Head Office and 3 Regional Distribution Centres.