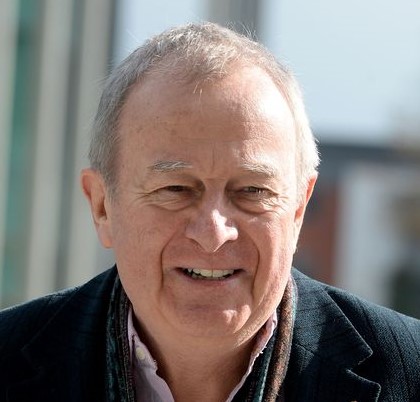 The system of investigating deaths in contested or unexplained circumstances in Ireland has been described as “not fit for purpose” by Queen’s University’s Professor Phil Scraton, who headed the research for the Hillsborough Independent Panel.

Speaking yesterday at the launch of a report he co-wrote for the Irish Council for Civil Liberties (ICCL), Prof Scraton said:

“Consistent among the families we spoke to for this research were negative experiences.

“They faced long, unexplained delays in accessing the truth.

“They reported being marginalised and excluded from the process.

“They weren’t given the information they required, and often they weren’t made to feel welcome.

“Despite experiencing the death of a loved one, their participation in the process was at best peripheral, at worst discouraged.

“It was particularly distressing at a time of already great loss and had lasting consequences for their health and well-being.”

The report, co-authored with Dr Gillian McNaull, presents a unique 7 point Charter for the Bereaved and makes 52 recommendations for ‘root and branch’ reform.

These include measures to ensure the bereaved are at the centre of the process; professionalising and fully funding the coronial service while ensuring its independence from An Garda Síochána; introducing minimum human rights standards of practice; and the avoidance of unacceptable delays.

“In 2000, an independent review group said nothing but root-and-branch reform would fix these issues.

“Successive governments have tinkered round the edges since then, compounding the loss of anyone who has interacted with the system in the past twenty-one years. Government must act quickly and decisively to reform the system now and protect the rights of the bereaved.”

In a statement, the Irish Council for Civil Liberties said:

“The report makes for sobering reading, with suicide researchers stating a lack of access to reliable data from the coroners.

“Ireland is obliged by European law to protect the right to life of everyone within the State, and to conduct adequate investigations when someone loses their life in contested circumstances.

“There must be accountability to prevent similar deaths in the future. This aim is very much in line with grieving families’ wishes that no-one else suffer how they have suffered.

“It is clear that the current system fails on both counts. Urgent reform is the only answer.”