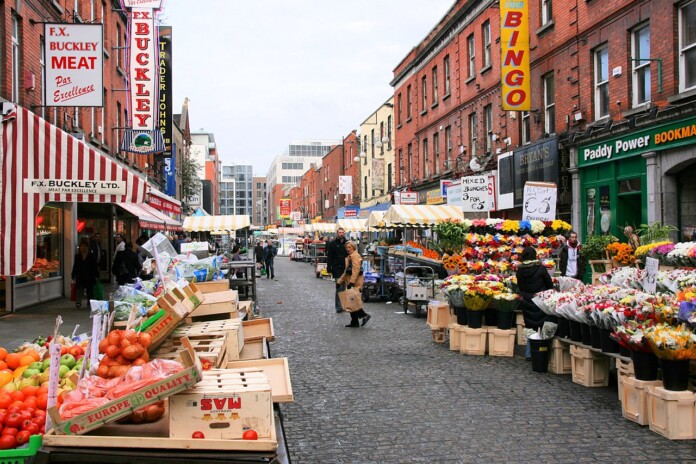 Dublin City Councillors have voted to pass a motion requesting that Moore Street be included as an architectural conservation area in the upcoming Dublin City Development Plan.

The motion, which was tabled by Green Party councillors was backed unanimously at this month’s County Council meeting – one week after the 105th anniversary of the 1916 Easter Rising.

“The Dublin City Development Plan has recently been updated to include North Great George’s Street and already includes O’Connell Street as Architectural Conservation Areas, yet unbelievably Moore Street with its unique history has not been included.

“I was delighted to get overwhelming support for this emergency motion.

“It follows through on the recently launched Green Party Vision for Moore Street.”

The Green Party says it is calling for Moore Street to be developed “in sympathy with the area’s history and heritage.

“Moore Street and its immediate surroundings have suffered from decades of neglect,” says Cooney.

“There is now an extraordinary opportunity to commemorate the past and permit development in sympathy with its surroundings.”

Any of the buildings on a street that has been assigned the status cannot be demolished or materially changed by their owners without prior stringent approval by the local authority.

Councillors are seeking the designation in order to be able to assess many of the buildings on the street and see if they are suitable to be added to the record of protected structures (RPS).

The council voted six years ago to add up to 13 buildings on the street to the RPS, but the owners of many of the buildings, Hammerson has not permitted access to conservation architects.

Hammerson are planning on demolishing or part-demolishing the majority of the buildings to make way for office and retail space – a plan that has been strongly opposed to by cross-party councillors.

“Tonight’s vote is yet further recognition from the City Council’s elected members that Moore Street is an historic quarter and needs to be protected.

“As a 1916 Rising battlefield site, as an important survivor of the built fabric and streetscape of the city going back to the 18th century, and as an area with a long street-trading tradition, the Moore Street area must be preserved.

“This vote adds further weight to the argument of Moore Street campaigners and 1916 relatives that neither council management nor the minister should consent to the planning application of Hammerson, the multinational property company that owns most of the site,” he said.

Although Hammerson owns many of the buildings on the street, 14-17 Moore Street are state owned and are earmarked for a 1916 monument.

“The planning application would require the consent of both of these State bodies to proceed since the Minister has responsibility for the National Monument 14-17 Moore Street and the Council owns 24/25 Moore Street and is responsible for the public streets and lanes.

“In addition, Hammerson has refused access to the City Council to key buildings on the site which are of historic importance, and which need to be assessed to complete the Kelly/Cogan [architects] report which the council itself commissioned.

“It would be totally unacceptable for the planning application to go ahead while this access is still being denied.”

Cooney says that she hopes that the conservation order will bring about “sensitive restoration of the Moore Street historical, buildings protected, lanes pedestrianised, cobblestones uncovered.

“That buildings are human scale, including a diverse mix of on street shopfront retail, residential over the shops and cultural use.

“1916 heritage protected as a living tribute to the birthplace of the nation, welcoming safe streets for locals and visitors.

“That all development is in keeping with the unique character of Moore Street,” she said.