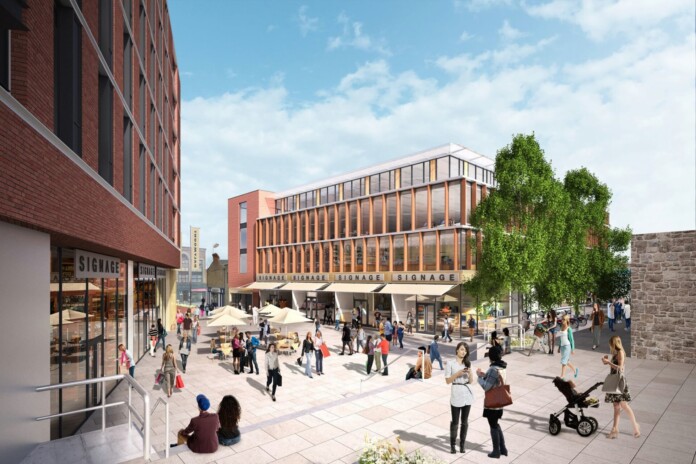 An Bord Pleanala has given the go ahead to controversial plans for a 297 unit shared co-living scheme on the site of Phibsborough shopping centre.

Developers MM Capital, who own the entire site, got the green light for the planned €50 million revamp, despite local opposition to the plans.

As well as the co-living scheme the plans also include a new civic plaza for the local community, a new entrance-way to a redeveloped Dalymount Park, upgrading of existing office and retail space.

APB received 18 objections against the scheme which is the first co-living scheme approved by the board since Minister for Housing Darragh O’Brien annouced in November that he was banning them.

However, the ban was not signed into law until December 22nd and in between the time of the Minister’s announcement and his signing MM Capital submitted an application to An Bord Pleanála for the co-living scheme with 321.

They already had planning permission to redevelop the site for student accommodation for 341 students.

Giving her reasons for recommending that planning be granted, an APB inspector said:

“I am satisfied that in terms of location and need, there is adequate justification for the provision of co-living/shared accommodation at this location and will provide for an adequate level of residential amenity”.

“Co-living accommodation should not be viewed as being provided to the detriment of family housing provision or social housing”.

Facebook
Twitter
Pinterest
WhatsApp
Previous articleMan in his 30’s dies in two vehicle collision in Ballycoolin
Next articleHSE to retain speech and language therapy at School for the Deaf, Cabra