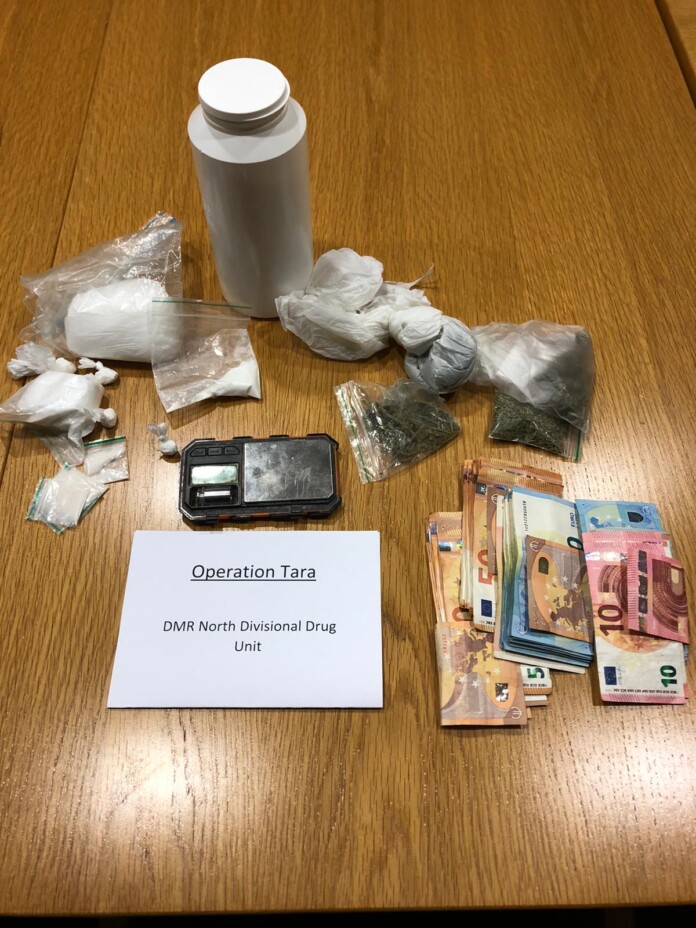 Gardaí arrest two men and seize €80,000 worth of cocaine in operation

Gardaí have arrested two men and seized thousands of euro worth of illegal drugs in a search of a premises yesterday.

In a statement, a Garda spokesperson said: “As part of Operation Tara, Gardaí from the DMR North Drugs Unit carried out a search of two premises in the Annesley Bridge Road area of Dublin 3 yesterday, Wednesday 7th April 2021.

“Cocaine with a value of €80,000 was discovered and seized during the operation.

“A small quantity of cannabis and €2,270 cash was also seized. All of the suspected drugs will be sent to Forensic Science Ireland for analysis.

“Two men, aged in their 20s were arrested and are currently detained at Clontarf Garda station under the provisions of Section 4 of the Criminal Justice Act 1984.”