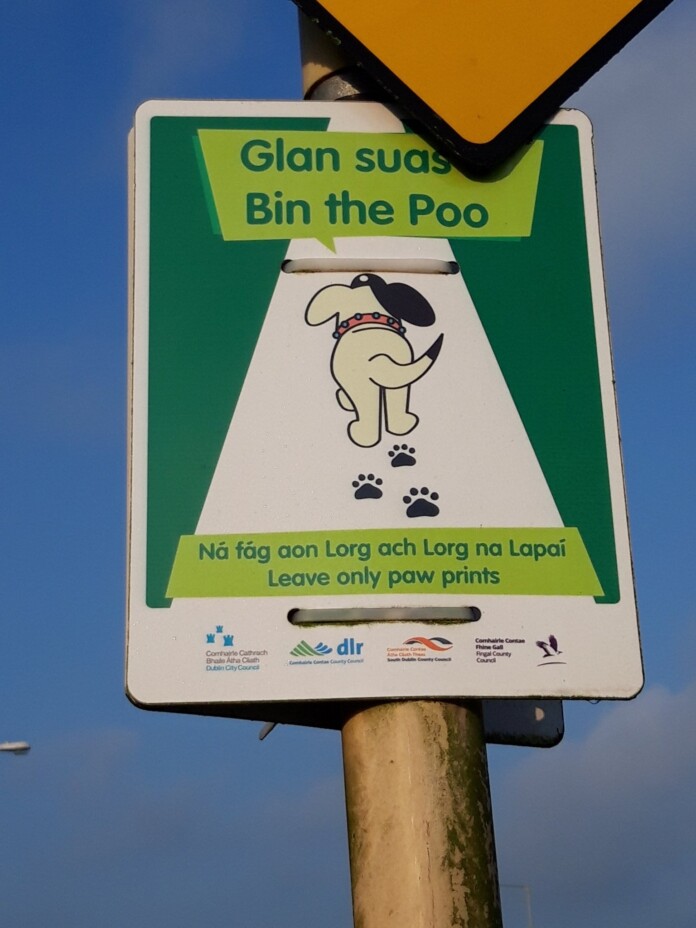 Dublin City Council has launched the second phase of its campaign to encourage dog owners to clean up after their dogs in public parks and spaces around the city.

‘Dog Poo, It’s Everybody’s Business’ aims to highlight the ongoing issue of dog fouling in the city and to encourage owners to “act responsibly and pick up after their dog.”

Over the past 12 months, the local authority has seen a 27% increase in the number of complaints regarding dog fouling in public parks and spaces.

In a statement, the city council said: “A number of residents have also contacted their local representatives to complain about the ongoing issue of dog fouling in their area.

“The city councillors have now set up a working group to actively look at the issue of dog fouling across the city and to look at solutions to irradiate this unhealthy and anti-social behaviour.

“The aim of this new campaign is to highlight the ongoing issue of dog fouling in our public parks and open spaces and to encourage dog owners and dog walkers to act responsibly and to pick up after their dog, as dog poo affects the whole community.”

Speaking about the campaign, the Lord Mayor of Dublin Hazel Chu said: “The issue of dog fouling has now become a major issue in our public parks and open spaces in the city.

“There are some people in our community who are more at risk of coming into contact with dog waste and putting their health in danger, such as; wheelchair users, visually impaired people, babies and toddlers.

“Whether you own a dog or not, dog poo in our public spaces affects the whole community.

“I am appealing to all dog owners in the city to act responsibly and pick up after their dog as dog waste affects everyone.”

A recent surveyed, carried about by Behaviour & Attitudes for Dogs Trust revealed that 96% of dog owners claim to pick up after their dog but 57% of people said that they there is a problem with dog fouling in their area.

Seven in 10 people claimed to have walked in dog poo on the street, 51% came across dog poo in their local park, 31% rolled a buggy through dog poo, 33% rolled a bicycle through it and 11% rolled their wheelchair through it.

It’s estimated that a single gram of dog waste can contain 23 million faecal coliform bacteria, which are known to cause cramps, diarrhea, intestinal illness, and serious kidney disorders in humans.

Dog poo can also contain bacteria such as E-coli and parasites like round worm, the larvae of which can cause loss of vision.

The City Council is urging dog owners to always pick up after their dog using a poo bag or a scooping device before disposing of it in the nearest litter bin or taking it home and placing it in their general household wheelie bin.

Facebook
Twitter
Pinterest
WhatsApp
Previous articleCall for South Dublin County Council to ‘rethink plans for towns and villages’
Next articleThe fascinating story of U2, Horslips and the Rolling Stones Mobile

Gardai broke up a protest outside a Debenhams store in the city centre last night. Socialist Party public representatives have this morning heavily criticised the...
Read more
- Advertisment -