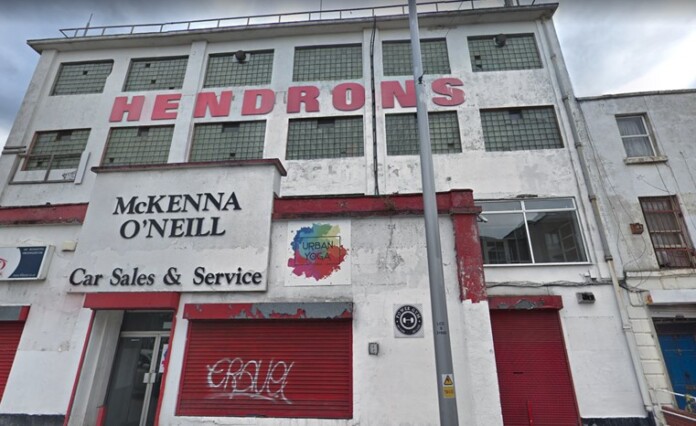 The proposed co-living development at the former Hendrons site in Broadstone, Dublin 7 has been refused permission by An Bord Pleanala.

The 280-unit complex was rejected by the board over concerns the impact the development may have on the protected structure on the site.

Local Labour Senator Marie Sherlock said that the decision was a vindication for the local residents who had opposed the development.

Senator Sherlock said: “The proposal for the Hendron’s site is just one of a number of co-living and temporary accommodation applications in the north west inner city.

“Locally there is a very real concern about the over-concentration of co-living and other forms of temporary accommodation in the north-west inner city.

“At the time of this application, there were some 1491 co-living units going through the planning system within a mile of the Hendrons site.

“The co-living plan for the fruit and vegetable market has since been rejected, and we await news on the developments at the St Mary’s site, Phibsborough Shopping Centre and Frederick Street North,” she said.

Independent councillor Nial Ring who has been calling for the rejection of the development says the decision is welcome.

“I submitted to An Bord Pleanála  that this application was an attempt to respond to the housing crisis by relying on outlawed and fundamentally flawed short-term housing model.

“The proposed development, by its sheer scale, density and bulk was wholly inappropriate for this location and, An Bord Pleanála also agreed with my assertion that it contravened the Dublin City Development Plan,” he said.

“It is obvious that the  very nature of the proposed development is clearly incongruent with and out of character with the existing neighbourhood.

“The co-living concept, the scale and density of the development, the proposed scale and heights, as well as the clear breaches of the Dublin City Development Plan’s policies and objectives outlined convinced the Board that this proposed development must be rejected by them.”

Sherlock says: “In Winter 2020, Dublin City Council granted permission for the temporary use of up to 1,325 student accommodation units as tourist and short term accommodation until May 2021 in the north inner city.

“These four units are located within just 1.1km of the Hendrons site, and add to the growing concerns about the proliferation of unsustainable, unaffordable housing among the community”.

“With today’s rejection, we very much hope that a conversation can now be opened up with appropriate use of this important and unique site with significant industrial heritage”.

Gardai broke up a protest outside a Debenhams store in the city centre last night. Socialist Party public representatives have this morning heavily criticised the...
Read more
Dublin

€2.2 million worth of catalytic converters seized

€2.2 million worth of catalytic converters seized