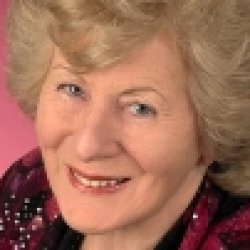 Tributes have been paid following the death of the internationally renowned soprano and music teacher Dr Veronica Dunne.

Dr Dunne, or Ronnie as she as known to her friends, was 93 years old.

Born in Dublin in 1927, she begin her studies in her home city with Hubert Rooney.

Following this she went to Rome in 1946 to study with Soldini Calcagni and Francesco Calcatelli.

She made her operatic debut in Dublin in 1948 as Micaëla in Carmen, also appearing in 1949 as Marguerite in Gounod’s Faust.

She won the Concorso Lirico Milano in 1952, which brought her the role of Mimì in Leoncavallo’s La bohème at the Teatro Nuovo, Milan, which in turn brought her a contract from Covent Garden, London.

Dunne gave a number of premieres of works by contemporary Irish composers including Never to Have Lived is Best (1965) by Seóirse Bodley as well as Irish Songs (1971) and The Táin (1972) by James Wilson.

In 1962, she was appointed a vocal teacher at the then Dublin College of Music (now known as Technical University Conservatory of Music and Drama), after she retired in 1992 she continuing to teach at the Leinster School of Music and the Royal Irish Academy of Music.

In 1987 she received an honorary doctorate from UCD and she is a life member of the Royal Dublin Society.

For over 60 years, Veronica Dunne was a constant presence in the Irish opera world, a highly respected musician and teacher and a friend to all in that community.

The triennial Veronica Dunne International Singing Competition, organised by the Friends of the Vocal Arts in Ireland, awards bursaries in her name.

“News of the death of Dr. Veronica Dunne, renowned opera singer, teacher and instigator of the Veronica Dunne Singing Competition, will have deeply saddened all those who love the power and beauty of music,” he said.

“Throughout her life, Dr. Veronica Dunne captivated millions with her singing. The legacy she leaves lies in the talents of those scores of others whose talents and performances she unlocked with her enthusiasm, energy and commitment as a teacher and friend.

“Guided by her warmth, passion and energy, she developed the Veronica Dunne Competition, from its beginnings in 1995, into one of the foremost international singing competitions in the world.

“I had the privilege, in 2014, of presenting her with the ‘National Concert Hall Lifetime Achievement Award’.

“Sabina and I send our deepest condolences to her family, her many friends, including her former students, and the community of music lovers who will feel her loss so keenly.”

The RTE Symphony Orchestra also paid tribute.
“We are deeply saddened at the passing of Ronnie, Dr. Veronica Dunne,” they said in a statement.
“Ronnie was immense, so loved as a teacher, a mentor, a friend, a colleague and as an indomitable supporter of singers and singing.
“Her loss will be felt by so many in Ireland and beyond. May she rest in peace.”
Facebook
Twitter
Pinterest
WhatsApp
Previous articleDublin Lord Mayor’s Youth Awards 2021 now accepting public nominations
Next articleWait times of 40 months for some children therapy appointments revealed