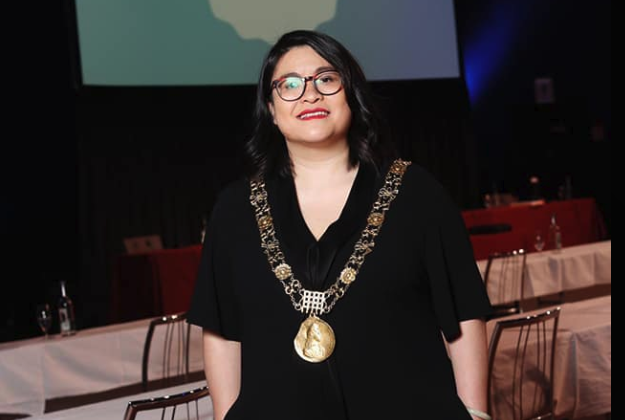 Green Party Deputy Leader, Minister Catherine Martin, says she welcomes the nomination of her party colleague and Lord Mayor of Dublin Hazel Chu as a candidate in the upcoming Seanad by-election.

Despite the decision of the Green Party not to nominate or endorse any candidate, Mayor Chu received the backing of five Green Party TDs and one Green Party Senator.

“As founder of the Women’s Parliamentary Caucus and the Green Party’s Women’s Group Mná Glasa I am delighted to nominate Cllr Hazel Chu, Lord Mayor of Dublin to run in the upcoming Seanad By Election,” Minister Martin said.

“I have spoken on countless occasions over the years about the barriers facing women’s participation in politics.

“The barrier that Hazel faced was that of getting her name on the ballot paper as she sought an opportunity to run in this election.

“She needed nine Oireachtas members to nominate her, to give her that opportunity to run in this election and I believe it will come as no surprise to anyone who knows me that I was more than happy to nominate such a formidable woman in politics and be one of those nine to nominate Hazel.

“Nominating Hazel reflects the spirit of the Green Party, one that supports and embraces diversity and inclusion in politics.”