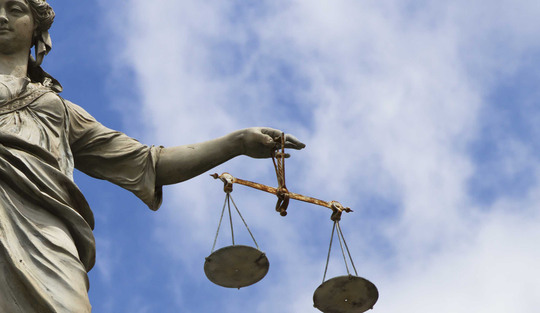 A man who broke down the door of his ex-girlfriend’s apartment and held a knife to her stomach has been ordered to complete 150 hours of community service in lieu of a one year prison sentence.

Milo Stuart (26) had refused to admit himself to a psychiatric hospital two days prior to the incident despite the urging of a doctor.

Dublin Circuit Criminal Court heard that the accused is no longer suffering from psychiatric issues and has not contacted the victim since the offence.

Stuart of Nuns Cross, Ashford, Co Wicklow, pleaded guilty to criminal damage, assault causing harm and production of an article in the course of a dispute at the victim’s address in Dublin city centre on November 6, 2018. He has no previous convictions.

Garda Kevin Meaney told Pieter Le Vert BL, prosecuting, that the victim had worked for a catering company run by Stuart’s mother and became romantically involved with the accused in 2017.

Gda Meaney said during the relationship the victim observed Stuart “acting erratically”. They broke up and got back together on several occasions.

The garda said the erratic behaviour included his asking her how much his mother was paying her to date him, becoming convinced people in a restaurant were talking about his appearance and insisting he attend a presentation she was giving at university as he believed it would be about him.

The court heard that Stuart was paranoid about the victim seeing other people and would take her phone from her. He would then read through her messages and find “code words” in them.

Three days before the incident, Stuart visited the victim’s apartment and began making accusations. He also spoke to people who were not there, was hearing voices and threw things around.

The victim contacted a psychiatric hospital the following day and Stuart agreed to see a doctor there, but he refused to admit himself to the hospital per the doctor’s request.

The victim decided to cut all contact with Stuart. On the date of the incident, however, the accused arrived at her apartment and broke down her door while she was on the phone to gardaí.

Stuart took away her phone, grabbed her by the neck and told her to “tell the truth”. He dragged her into a bathroom, locked the door and pushed her, causing her to hit her head off the shower wall.

He took out a knife which was part of a multi-tool and held the knife to the victim’s stomach. He then put the knife against his own skin and asked where it was best for him to cut himself.

Gardaí arrived at the scene, kicked down the bathroom door and arrested Stuart. He answered questions when interviewed by gardaí, though some of his answers did not make sense, such as claiming that the victim was his ex-partner and also his “carer”.

The court heard that Stuart has not contacted the victim since the offence. The victim at one point attempted to withdraw her statement, but the accused pleaded guilty to the offences regardless.

Gda Meaney agreed with Hugh Hartnett SC, defending, that his client had never been in trouble with gardaí before and this was “an isolated incident”.

Mr Hartnett said this was “a toxic relationship” in which both parties were taking anti-depressants. He said his client was suffering from a psychiatric issue at the time, which may have been “promoted” by his smoking cannabis, but that the both the issue and the cannabis are now “gone”.

Counsel said his client is now enrolled in a full-time course and coaches hockey. He suggested this might be “one of those exceptional cases” in which an order of community service is appropriate.

Judge Martin Nolan said Stuart “behaved disgracefully” towards the accused. He said the accused had psychiatric issues at the time and is unlikely to reoffend.

Judge Nolan said he took into account the way the accused met the case and his guilty plea. He said a custodial sentence in this case would not be appropriate and that the suggestion of community service “was a good one”.