Home Dublin Man caught carrying a hand with the serial number filed off is...
Dublin 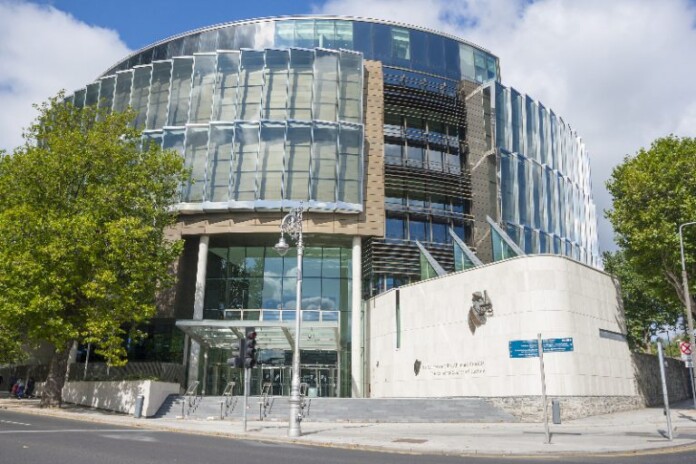 A man who was caught carrying a handgun with the serial number filed off has been jailed for four-and-a-half years.

Dublin Circuit Criminal Court heard that a detective believed Jordan Murray (23) had sourced the gun for “revenge” after being assaulted five weeks earlier.

Passing sentencing today, Judge Martin Nolan said he could not act on the view of the detective. He said that the detective might be right in his “conjecture”, but the court cannot rely on “conjecture”.

Detective Garda John McWeeney told Kieran Kelly BL, prosecuting, that on the date in question, Murray had hired a taxi to take him from Tallaght to his address in Clondalkin.

Det Gda McWeeney said the suspicion of passing gardaí was “aroused” and the car was stopped. They noticed a smell of cannabis and searched the car, discovering a small amount of cannabis on Murray, for which he has not been charged.

Gardaí also discovered a rucksack on the floor of the taxi which contained a Glock 9mm handgun and 12 rounds of 9mm ammunition. The gun was found to be in good working condition and the serial number had been filed off.

When asked about the gun by gardaí, Murray responded “it is what it is?”. Later while in garda custody he remarked “sure it wasn’t even loaded was it?”.

Det Gda McWeeney said that Murray offered no explanation for having the firearm. The detective said it was his belief that Murray had been assaulted five weeks prior to the offence and that he had sourced the gun for “revenge”.

The detective agreed with Maurice Coffey SC, defending, that his client had had difficulties in the past with both cannabis and cocaine. He agreed that Murray was travelling to the address he was residing in at the time when he was stopped by gardaí.

Judge Nolan said that Murray may have been holding the gun for third parties or he may have had it for his own purposes.

He said that the gun was going to be used either to threaten persons, to injure them or to kill them. He said that this was “the only purpose of these type of guns”.

Judge Nolan said that the defendant is “doing quite well” in prison and seems to want to reform himself. He said his previous record of conviction is not the most serious of records.