Loving tributes paid to victims of Stardust on 40th anniversary

Families of loved ones who lost their lives in the Stardust fire gathered yesterday to pay tribute on the 40th anniversary of the disaster.

They came together at the site of where the nightclub in Artane once stood for a vigil to remember the 48 young people who died four decades ago.

Many of those in attendance wore black face masks with the number 48 and the word “Truth” on them. 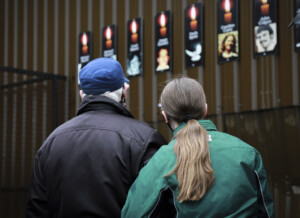 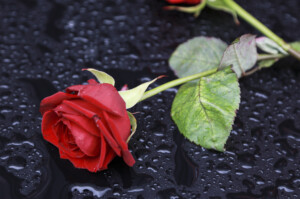 Stardust survivor Antoinette Keegan (pictured above) who tragically lost her two sisters Mary and Martina in the fire 40 years ago, said this year’s is the “most difficult anniversary.”

Speaking to Northside People ahead of yesterday’s vigil, Antoinette said this is the first anniversary without her mother Christine, a Stardust campaigner, who sadly passed away last summer.

“She was the glue that held us all together, she was the one who told us to keep fighting and to never give up,” Antoinette said.

“She carried the campaign and kept fighting for justice and this year is going to be really hard without her.

“I remember saying that my mum is after pushing the button from heaven, she is still helping us.

“I talk to her always, I feel her with us all the time.

“She always told us never to give up, and I never ever will.

“For the first time in almost 40 years we will have almost all the victims portrayed as our loved ones, who were human beings.

“It’s a disgrace that for the last 40 years they have been forgotten about by those in power, what did we do to deserve this?

“The Stardust wrecked my mam and dad’s life, it’s wrecked all our lives.

“We’ve being living in the Stardust for the last 40 years.”

An inquest is due to be held into the disaster later this year in the RDS.

“It still feels like it was yesterday, even though four decades have passed and we still haven’t got justice,” Antoinette said.

“To relive the whole lot again from 40 years ago, it is a memory imprinted in my head.

“I can still remember every single detail of that night.”