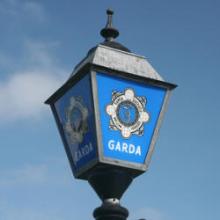 Fagin’s Law, a new bill which will outlaw the grooming of children into crime, has been welcomed by a Fianna Fail TD.

“We heard how young people were groomed into crime by offers of a takeaway and runners.

“Minister of State Anne Rabbitte was one of those who attended the meeting and I would like to compliment and thank her for her follow through on the commitments that she made in opposition.

Those found guilty of the new offences face imprisonment of 12 months on summary conviction and up to five years on indictment.

A child which is groomed to commit a crime does not have to have to be successful in carrying out the offence for the law to apply.

“This legislation is a key part of our efforts to prevent gangs leading children into a life of crime,” says McAuliffe.

“In addition to the above announced today I am looking forward to the publication of the Montague Report which will outline the impact of open drug dealing in our community.

“I hope when the report is approved by all local elected reps, that we will be beating down the door of every government department to respond to it,” he said.

By Isabel Hayes & Brion Hoban A man who was part of a “gang” of United Parcel Service employees engaged in a phone stealing operation...
Read more
Northside East

Moore Street has been included in the list of projects that have been designated funding as part of the €430m investment in Dublin developments. The...
Read more
- Advertisment -