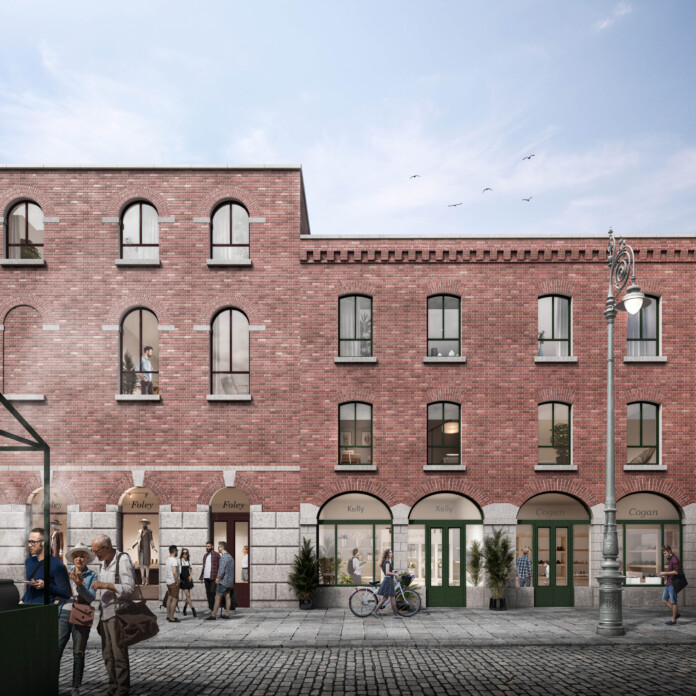 The first images of a regeneration master plan for Dublin City centre have been released today.

The plan has been commissioned by campaigners and 1916 relatives from a team of leading Irish architectural firms, planners and consultants.

The scheme combines a mixed use of housing, retail and heritage elements.

All of the existing period buildings within the site will be refurbished and repurposed including those within the 1916 terrace.

New builds including apartments will be carefully woven into the architectural scale and style of the existing site.

Moore Street has suffered over 50 years of neglect, dereliction and bad planning decisions. More recently in 2016 it was the subject of a successful High Court action taken and won by the Save Moore Street Campaign.

There have been exhaustive discussions about Moore Street, a key location in the 1916 Rising, with a conclusion that could enable the derelictions to end, the locations to be restored in an historically appropriate way and development to occur as well’.