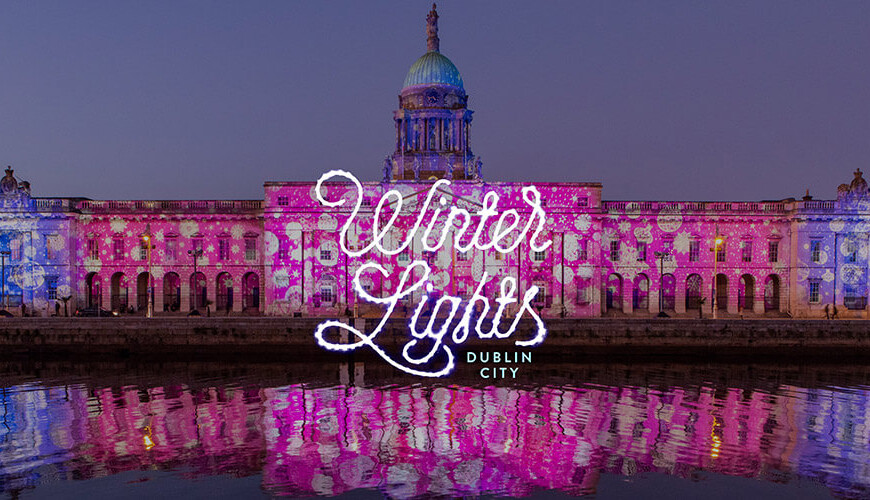 The Lord Mayor of Dublin Hazel Chu has announced that Dublin City Council’s Winter Lights campaign will be streamed live online for Irish diaspora around the world.

The campaign is part of of the Department of Foreign Affairs’ To be Irish at Christmas initiative.

For the month of December, 17 locations around the city have been decorated with colourful projections and light displays.

Five of these landmarks, The GPO, Customs House, Mansion House, Samuel Beckett Bridge and Hugh lane Gallery will be available to view online from December 23 to January 1.

“Many Irish people who live and work abroad love coming home for Christmas but unfortunately for a lot of them that’s just not possible this year,” said the Lord Mayor.

“With this initiative we’re taking Dublin to them, so they can see a little bit of home from wherever they are in the world.

“In addition, as part of the Winter Lights Festival, Dublin City Council have commissioned a short film of all the festival sites in the City.”

Simon Clarke from Dublin City Council Events said Irish people around the world “can now view some of the iconic sites in the comfort of their own home over the Christmas period.“

‘To Be Irish at Christmas’ is an initiative from Minister for State for Overseas Development and Diaspora Colm Brophy TD.

It will run from December 21-31 and features a wide-ranging programme of events that celebrate Irish culture, community initiatives, and seasonal traditions.

Webcams will be live from 23rd Dec at 4.30pm at: www.dublin.ie/wlcams