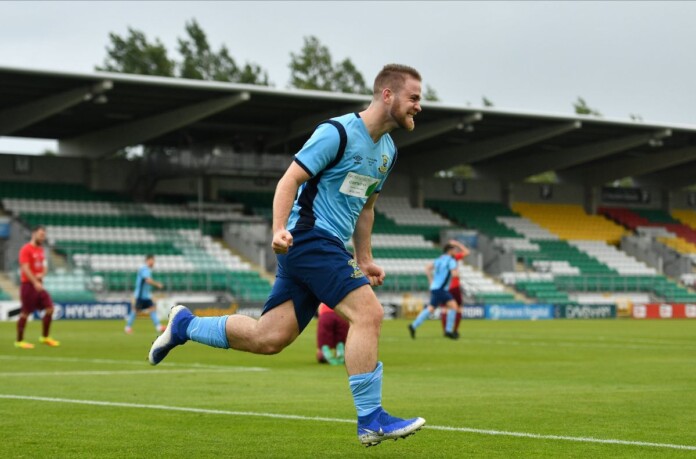 Two goals in the last 20 minutes were good enough for the Dublin 15 club to win the title for the first time in their history, with Dean Kelly and Denis Moran both beating Evan Whelan in the Killester Donnycarney net.

It was Killester Donnycarney who took the lead, just after the half-hour mark. Steven Nolan was taken down by Gavin Kearney in the box, and referee Barry Fitzpatrick had no hesitation pointing to the spot.

Captain Stephen Chambers stepped up to give the team the lead, and they kept it to the half-time break.

The addition of Dean Kelly on the hour mark proved pivotal for St. Mochtas, and it was the substitute who set it up for captain Karl Somers to level things in the 74th minute. Somers’ cross missed everyone in the box, and flew into the bottom right corner.

Denis Moran won the game, ten minutes from time, with a shot from outside the box, to send the St. Mochtas bench into delirium.

The win ensures that the Clonsilla club add their name to the illustrious history of the FAI Intermediate Cup Roll of Honour.

Facebook
Twitter
Pinterest
WhatsApp
Previous articleWeekend appeal: Have no more than six visitors if you are entertaining
Next articleCan you walk the night walk for cancer nurses?