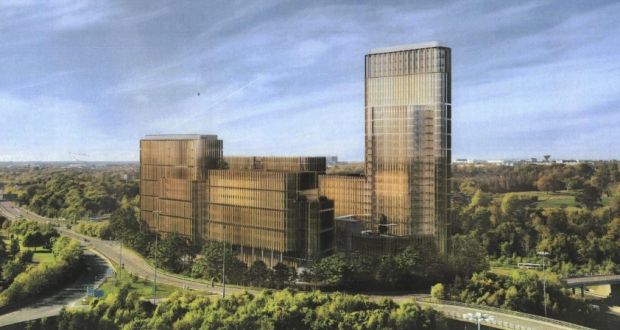 Rejected plans to build a 28-storey hotel near Castleknock are being appealed by the company behind the proposed development.

In September Propotron Ltd applied for planning permission for a 459-bed hotel and office development on a 1.62 hectare site known as Junction 6, River Road, Castleknock.

The proposed development, at over 143 metres in height, if built would have been the tallest building in Ireland.

The developer had argued that development would be a “positive contribution” to the area, and that the site was suited to “more intensive development”.

Fingal County Council however refused permission last month due to a number of reasons.

They said the proposed development by virtue of “bulk, mass, height, scale, design and physical dominance” would result in overdevelopment of the site.

They also said the issue of traffic impact had not been adequetly addressed and the proposed development would contravene the Fingal Development Plan 2017-23, would “give rise to traffic congestion in this area and endanger public safety by reason of traffic hazzard.”

Propotron lodged an appeal with An Bord Pleanala on Monday November 23 with a ruling due on April 6 2021.